A New Look at Getting Older 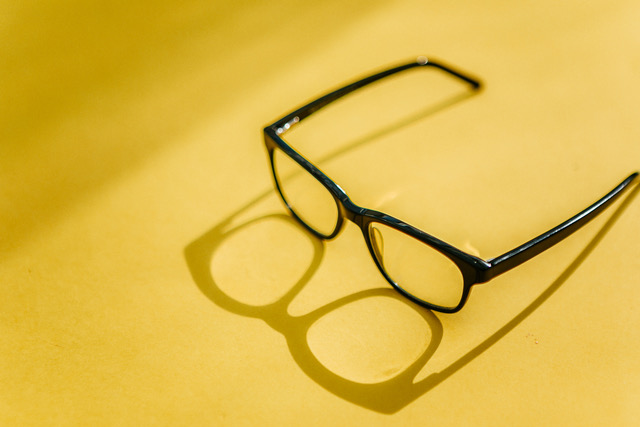 When Donna was born, she came with a surprise. After her birth, the doctor left. “Wait,” said the staff, “there’s another baby!” A fraternal twin, Lauren, had been sharing the womb, but the prenatal technology at the time wasn’t so advanced. Their heartbeats had been in sync, leading the doctor to expect only one newborn.

Now grown, the two women, Donna Fedus and Lauren Lewis, remain close. In 2013, they co-founded Borrow My Glasses, an educational company dedicated to aging and caregiving. The name reflects their desire to help the public see the subject from a new perspective.

Before starting the new venture, Donna, a gerontologist, had spent nearly three decades working in hospitals, universities and client organizations as an educator and program designer. Lauren, a writer, producer and attorney, had worked in children’s television and the global youth leadership space.

Now, with Lauren’s background as a producer and Donna’s subject matter expertise, the company creates multimedia workshops and educational programs about aspects of aging. Borrow My Glasses collaborated with AARP to design and test Connecticut’s Disrupt Aging model, which is now being used nationwide, and is in post production on a documentary called Living With Palliative Care.

The sisters agreed to chat about their work on a recent Zoom call.

What’s different about aging today versus the past?

‍‍Donna: There’s a large difference between the way people are aging today versus 100 years ago. The average person lives about 30 years longer than if born 100 years ago, when the life expectancy was roughly 47.

So, the average person in America has an extra 30 years, but the way that happens for most people is not 30 years tacked on at the end of life. More often, it's a bunch of years dropped into the middle of someone's life. Functionally, we have an expanded middle age.

That's why you can have someone who's 70, 75, 80 and they're still working. They still play tennis or they like dancing or traveling. But our mindset about aging hasn't caught up with the reality of how people tend to age today.

Is that the only difference?

Donna: People start taking care of themselves at an earlier age typically. Being healthier all along actually does have some impact on how we age. There are no guarantees. You can have someone who's in wonderful shape and doing all the recommended things and they unfortunately will get a big diagnosis or have a heart attack. But as far as reducing risk, how we age really is impacted by our lifestyle choices all along the way.

The other big difference generationally is that we have the baby boom generation that's on the cusp of this older phase of life. You've got an extended phase of advanced age and a huge number of people just arriving at that phase. In America, every industry feels the impact of aging. It's an exciting time to be focused on these issues.

‍Lauren, what prompted you to transition from working in children's television and event planning into the gerontology field?

Lauren: I'm just moving up the lifespan. I started out working with young kids, then teenagers and now I'm with older adults.

I love working with my sister. The foundation of wanting to get into this work starts with our family. We come from a family where the grandparents were the center of attention. They were the role models and the leaders. In some families, the older generation is relegated to the side. Nobody's talking to them. It wasn't like that in our family.

And I've been watching my sister feel so powerfully about this work for 30 years, coming back from every meeting, convention and conference saying, ‘Oh my god, it’s so exciting! All these great things are happening.’

We wanted to do something together using Donna's deep content knowledge and expertise in the subject matter of aging and my background in storytelling to create content that really resonates with people.

Donna: Oh, that's hard. The favorite moment would be impossible for me to answer. I can get so excited about so many of the different projects that we've done and seeing the impact that we've been able to have on folks.

‍What about you, Lauren?

Lauren: It's hard also to pick a favorite moment. The thing that runs through everything is being able to give somebody that ‘aha’ moment -- that light bulb moment which gets them to think of something in a different way than before.

‍What's an aspect of aging that tends to surprise folks?

Donna: I would say that the one thing that continually surprises people is how irrelevant chronological age is. Chronological age is one of the least predictive things you can know about anyone. So that really surprises people and it's one of the things that makes working in this field such a fun opportunity, because you get to challenge those stereotypes—again, again and again.

‍Lauren, what would your answer be?

Lauren: My answer would be what surprises people about aging is that, for most people, there are way more positives than negatives.