Fighting Ageism in the Age of Coronavirus 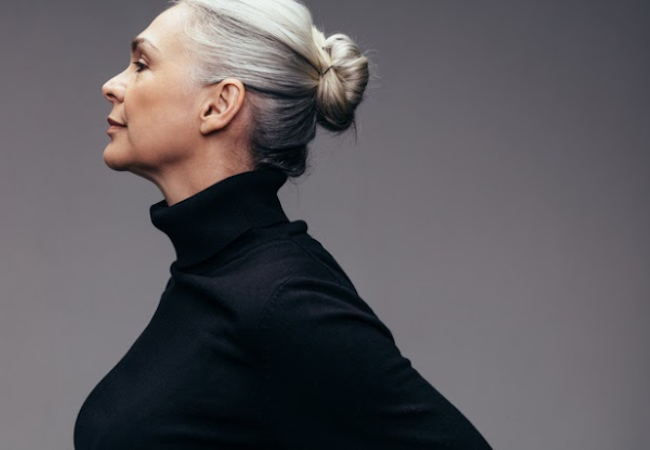 At age 63, Ashton Applewhite, author of This Chair Rocks: A Manifesto Against Ageism, dyed her brown hair white.

Why? Here’s what she told me: “I was at a daytime movie one day, with a very senior audience, but when I looked around I noticed that there was only one woman with gray hair. I realized that coloring our hair is one way older people make themselves invisible. When people are invisible, so are the issues that affect them. Why are we doing this?

“We’re doing this to fit into an ageist culture. And I’m not wagging my finger at anyone. I know that both women and men have good reasons for covering the gray – to get or keep a job, or get a date, say. But it’s not good for us, and it deflects attention away from the discrimination that makes these strategies necessary. If I were going to suggest that those people who hate dyeing their hair to cover the gray stop doing it, which I was thinking of proposing, I should walk the walk and see what it would be like to have gray – or even white – hair myself.”

Of course, these days – when hair salons are closed because of the coronavirus – people who have colored their hair for so long that they don’t even know what their real hair color is – are finding out. When I spoke to Aine Moyles, who cuts my hair and adds red highlights to the gray I’ve had for years, she told me how some of her clients have been begging her to come to their apartments, which would mean traveling on public transportation. She has not been going.

Older people today are feeling the brunt of ageism as Covid-19, the disease caused by the novel coronavirus, has been hitting them particularly hard. There seems to be a common feeling that these elements of our population are dispensable (“thin the herd”), so we shouldn’t worry too much about losses in nursing homes and other places where older people are prominent.

This is a new and tragic concern. More common are other aspects of a lack of regard for older people. This shows up when doctors fail to ask older patients about their vulnerability to STIs (sexually transmitted infections) or don’t look for the cause of physical problems instead of attributing them only to age, when employers force older workers into retirement, and when architects fail to design homes that are accessible for all ages. (Younger people break legs and arms and can also have trouble negotiating everyday environments, so designing for limitation means designing for all ages.)

The invisibility of older people had been changing rapidly, thanks to efforts from many people – old and young – who have worked together to break down age prejudice. We who in the 1960s fought for civil rights and feminism, are now what Ashton calls “olders.” (“Everyone is older than someone.”)

Another long-time activist for seniors (over 65), Wendl Kornfeld, 71, told me three years ago, “This is an exciting time to be an older person! We’re the revolutionaries who are going to change the way people in our age group are treated – and how we look upon ourselves.”

We need to work even harder at raising consciousness, speaking out, and taking action. We need to work with organizations like the Radical Age Movement, the Gray Panthers, Help Age USA, and others.

Ashton Applewhite’s awareness of ageism in our culture emerged over the course of an eight-year journey as she interviewed dozens of octo- and nonagenarians. She found that more than half of the “oldest old” (85 and up) go about their everyday lives with no or minimal assistance and only 10 percent live in nursing homes. Furthermore, according to reports from 2008 and 2010, people over 65 are happier than middle-agers.

In 2005, when author and researcher Joan Price was 61 years old and enjoying a vibrant sex life, she knew that other women her age and older must be experiencing the same sort of enjoyment, but she couldn’t find any data. So she wrote her first of four books about senior sex, Better Than I Ever Expected: Straight Talk About Sex After Sixty. Since then she has heard from many women who have told her that they’re enjoying sex more than they did in younger years Of course, these days during the pandemic, if you’re not living with your sex partner, getting together is still something to look forward to.

Ageism is all around us, and the anti-aging industry in the U.S. is an $80 billion business in cosmetics and drugs to make us look and feel younger. We’re exhorted to be as much as possible like ourselves of twenty or thirty years ago, not the people we are today. The irony here is that, as Alice Fisher, the social worker who founded the Radical Age Movement, has said, “Everybody wants to live a long life – but nobody wants to get old. And the worst thing is that we end up telling ourselves that who we are now is not good enough.”

As a result of denying old age, we don’t know enough about it and about how to take care of ourselves. Many people around the world envy us for our wrinkles since we have had the good fortune to grow old. So why should we say that wrinkles are ugly?

When actor Frances McDormand showed a TV interviewer one wrinkle she attributed to the birth of her son, I thought of a poem I wrote about my 79-year-old mother: “ … each line, each crease – represents a memory … These all – and more – have left their marks.” I know that my own wrinkles at 86 have etched my own life memories, and I wouldn’t give up any of them. They are who I am.

If you still need a reason to feel good about accumulating birthdays, consider this: research shows that the more positive people’s self-perception of aging is, the longer they are likely to live. And to live well.