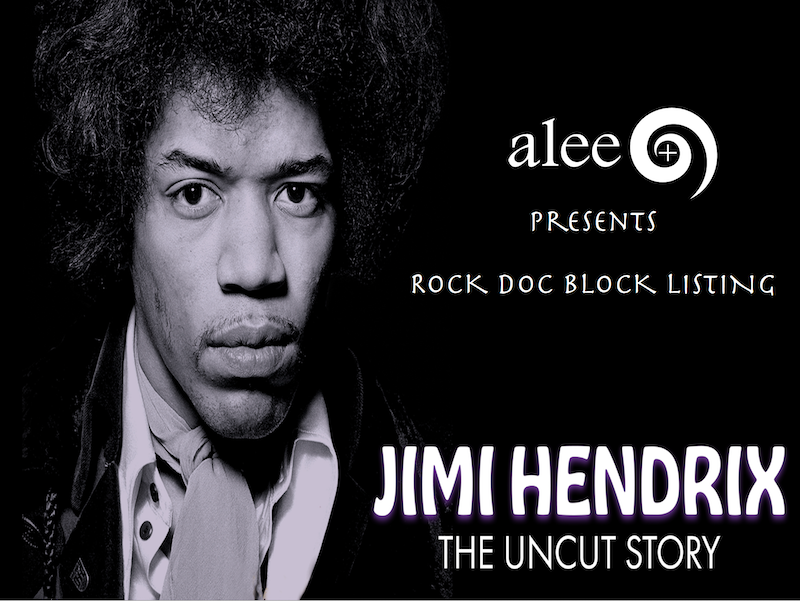 ROCK DOC BLOCK: 63 HOURS OF ROCK DOCUMENTARIES AND MUSIC JULY 4-6 – ONLY ON ALEE PLUS

Hollywood Couples – a look back at Sonny and Cher

An in-depth look at iconic celebrity relationships across Hollywood history. Interviews and archival footage give an insider's glimpse into the ups and downs, happily ever afters and tragic endings of famous couples. Step back into the 60s and 70s world of rock and roll, far out fashion and variety shows as we chronicle Sonny and Cher.

The Beatles: A Long and Winding Road

They shook the world. They changed the course of history. They are much more than just a rock group; they are a part of our lives. This five-part/five-hour documentary retells the incredible story of the world's enduring love affair with four lads from Liverpool who became the soundtrack for a generation, starting in 1948.

Passport brings the life of Jimi Hendrix to light as never before. From his upbringing in Seattle to his final days in London, JIMI HENDRIX: THE UNCUT STORY explores the complete life-story behind the legendary artist. From his early days in Seattle, Washington. To his early career traveling the Chitlin' Circuit playing behind some of the greatest names in R&B. Finally looking at his rise to stardom, and eventual death. Through exclusive interviews, we get the facts behind Jimi's demise and examine the events surrounding his controversial death. But more than that - we come to know the spiritual message behind Jimi's work and celebrate the final stage of his life in music.

The Who: The Vegas Job

Roger Daltry, Pete Townshend, John Entwistle, Zak Starkey and John “Rabbit” Bundrick, performed 14 of their greatest hits. A two-hour concert performed by The Who, known as The Vegas Job. On one night only, the hall of fame band put on a mind-blowing performance in Las Vegas to the lucky fans in the audience.

The Rolling Stones: just for the record – 5-part series

just for the record chronicles 40 years of music by English rock 'n' roll legend, The Rolling Stones. This is a comprehensive documentary, told by band members, fellow musicians, biographers and fans. just for the record features over 50 exclusive interviews, and spans a period of 40 years, from the beginning of the band in London in 1962, to their 2002 world tour Forty Licks.