Still Intimate (Ahem) After All These Years 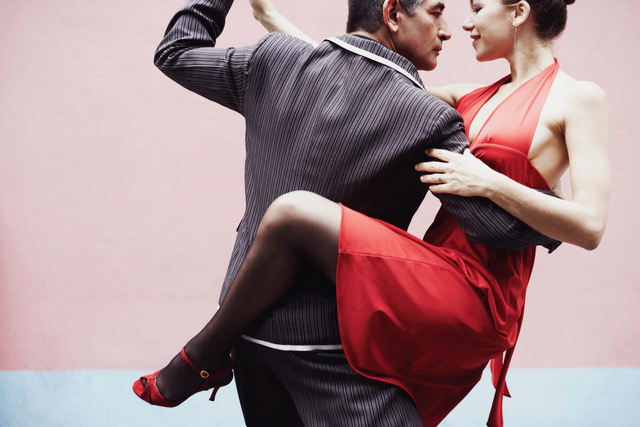 The literary world has just spread out an erudite welcome mat for a new overnight success – one that took only fifty years to arrive. Since Scary Old Sex, Arlene Heyman’s first book of seven short stories was published, it has ridden a wave of ecstatic reviews from such august journals as The New Yorker, The New York Times, The Guardian, Vogue, and The Wall Street Journal.

A remarkable feat, since aside from a prize-winning story and a contest-winning novella years ago, Dr. Heyman, a 77-year-old psychiatrist and psychoanalyst, had not published anything since the 1990s. But she kept writing through the years, and these stories are notable, not only for their pungent, precise, and often funny literary style, but also for their boldness – in looking at sex, death, and “forbidden” fantasies that betray their author’s day job.

During sickness and old age, her characters keep being intimate, even when, as the 65-year-old wife in the first story in the book, “The Loves of Her Life,” puts it, between the Vagifem and the Viagra and the clomipramine, “making love was like running a war: plans had to be drawn up, equipment in tiptop condition, troops deployed…”

Possibly the most talked-about story in the book is “In Love with Murray,” the one based on the author’s decades-old affair when she was a 19-year-old English major at Bennington and he was already a literary titan, the 47-year-old married professor and distinguished author, Bernard Malamud. This story, plucked from one of three unpublished novels, was written years after the affair had ended but while the friendship between the two was still strong, as it was until his death.

Meanwhile, Dr. Heyman married, was widowed, and is now in a second marriage, as are several of her characters, who tend to find that the second husband falls short of the first. So it seems that she has drawn from her own life in several of these stories, including the exquisite “Dancing,” in which the wife of a midlife husband desperately ill with leukemia barricades his hospital door, and climbs onto her husband’s bed, where they make love and weep. Dr. Heyman’s own husband died of leukemia. But always, in the book, the characters are fictional.

Who are the characters who people her stories? I know them, and in some ways I am, and was, them. I dare anyone “on the right side of fifty” to read this book and not find something about yourself in at least some of the stories. But none of the characters is a patient of Dr. Heyman’s. She told me, as she has told one interviewer after another, that none of her patients were the stories’ inspirations. “You build a fictional character on a trait,” she said, “but not on a whole person. And certainly not on a patient. People come to me for help, not to be a character in a story.”

Arlene was born and grew up in Newark, New Jersey. I found her to be charming, unaffected, and attractive in a cool-looking shift and sandals and simple gold jewelry on the hot day we met in her office. And I appreciated her comfortably bawdy sense of humor.

This was the first time in my career of more than forty years of interviewing that an interviewee treated me to three well-told jokes, told after Arlene referred to Saul Bellow’s comment that you know everything about a person if you know their favorite joke. What did these gags tell me about Arlene Heyman? That she’s feminist, anti-Nazi, and concerned with the state of the world. (Part of one of the jokes she told had made its way into her book, but you’ll have to do some research to find the punch line.)

Since she majored in English at Bennington College, earned an MFA from State University of New York Upstate, kept writing, and then taught English to nurses and community college students, when and why did she turn toward medicine and analysis?

"I was getting anxious about how I would earn a living,” she said. “I could have become an analyst by getting a Ph.D. in Psychology, but since my first psych class was all about rats, that route didn’t appeal. Also, I thought that if, as a Jew, I would ever get thrown out of this country, I could always take my knowledge of the human body elsewhere since bodies are the same all over the world. I hated medical school – the science was hard for me – but I loved my residency in psychiatry, since it was more human-oriented. And now I’m glad I have some understanding of the body so I can better judge when a patient’s issues may be medically related.”

Capturing people’s characters and personalities with just a few words is something the author shines at, like her description of a second husband too timid “to ask for all dark meat from the Chirping Chicken take-out place.”

And what about these second husbands? When I asked how her husband feels about the second husbands of her characters coming up short compared to the first, she said that every once in a while he feels exposed. “But I tell him it’s fiction. First husbands come off better because they’re dead. You can idolize them because you don’t see them in glaring sunlight. Second husbands are alive: as wonderful as they may be, they’re imperfect human beings, which we all are. Besides, the way a wife looks at her husband is not the whole story of who he is – and the woman in the first story does acknowledge that she didn’t treat her first husband that well either.”

But why the title? Not all the stories involve old people, not all focus on sex, and what’s scary about them? Wearing her psychoanalyst hat, Arlene explained: “The book as a whole is about the search for intimacy with another human being. It’s what everyone wants – but it’s when a person is most vulnerable. So ‘scary’ has to do with this vulnerability, which may be at its most alarming with the skin-to-skin intimacy of sex, and ‘old’ is not necessarily about age but about life itself.”

Facing intimacy or fearing it, the characters in these pages get angry, back away, express their love even through the myriad trials life brings them. And sex often helps.

Arlene Heyman’s language paints vibrant word pictures, as in “At the Happy Isles,” when she writes about lunchtime at an assisted living facility, with “mostly elderly women, but here and there a few men are sprinkled around like pepper on a salad.” And an old wife appreciating her husband’s “aged flesh … so fertile, grows excrescences” and “nourishes an astonishing variety of wild mushrooms – beautiful, if you have an eye.”

In “Night Call,” a middle-aged doctor’s thoughts about his mother tell all about her in a single paragraph: “She’d fought a deep-freeze war with his father all her life,” and she “would never have stood for his father’s having any pleasure.”

In the last story, “Nothing Human,” just after I became irritated with the kvetch of a wife who’s picking a fight with her (second) husband in the middle of the night, she redeemed herself to me by helping me relive my own maternal experiences in her achingly beautiful memories of “walking down a street [pregnant] … you had a secret, even when you were showing, the turnings, somersaults, flutter kicks,” and then “shoot[ing] milk across a room.”

The author never seems to be irritated by any of her characters. She has compassion for them all. And seemingly for us, her readers. I close the book thinking that she must be a wonderful analyst.