Yes, Judy Gold Can Say That 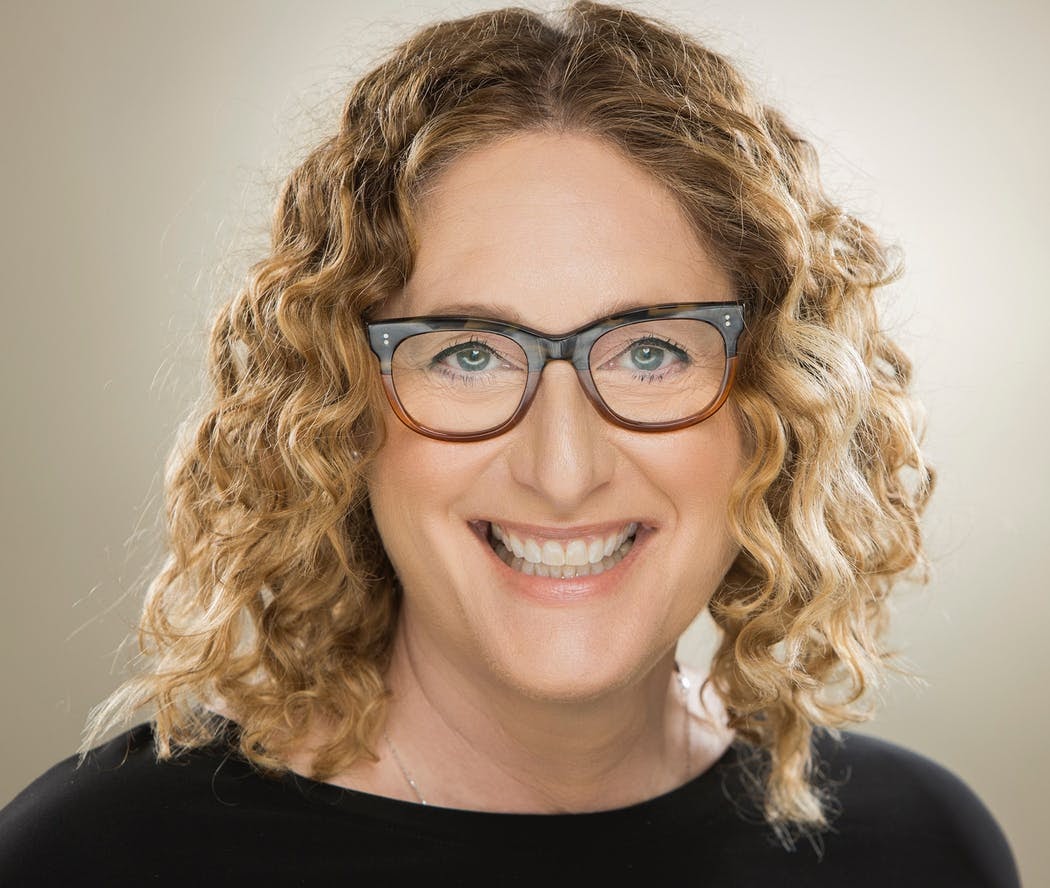 Her parents drove in from New Jersey. They brought friends. But when Gold walked into the club, Joe, the booker, asked, “What are you doing here? You’re not on the schedule.”

“Just 5 minutes,” she begged. Joe refused. In the days before mobile phones, comics would often get bumped from a lineup without notice.

In the following years, the comedian has starred in stand-up specials on HBO, Comedy Central and LOGO. She’s won Emmy Awards, appeared in two acclaimed Off-Broadway hits, and has performed on hit TV shows like The Late Show with Stephen Colbert, Broad City and Inside Amy Schumer.

Over the summer, Gold released a new book about comedy and freedom of expression called Yes, I Can Say That: When They Come for the Comedians We’re All in Trouble. Amy Schumer praised the work, saying, “No one makes me laugh harder than Judy Gold. If I had to pick one comedian to write a book about free speech, it would be Judy.”

The 6-foot-3 inch tall comedian and mother of two boys talks about her career and work in this interview.

How did you get your start?

In college, we had Secret Santas and took it seriously. In the morning, you’d get a note on your door with an assignment. At the end of the day, you'd get a present.

I woke up to a note: “You have to do five minutes of stand-up comedy and use everyone who lives on the [dormitory] floor as your material.” I freaked out. I had a day to prepare. I didn't go to class and wrote jokes.

That evening, I was so nervous. I did my first joke and got this laughter. Then I got another laugh, and another. It was like God had spoken to me, the best feeling I’d ever had in my entire life.

I thank my Santa, my friend Howard, in everything I do. He's the one that made me do stand-up for the first time.

When did you decide to go pro?

Rutgers University had an open mic at the student center. I went in and killed.

After I won, the host said, “Judy, why don't you come on a Monday night? I host the new talent night at [comedy club] Catch a Rising Star.”

I was 19 years old. I never would get on at the clubs. I'd stay there all night. I didn't realize you have to hang out and pay your dues.

You wouldn't get on?

Right, because you'd just sit there, waiting and praying that you'd be asked. Maybe I'd go on at the very end. At that time, shows went on till 2:30 or 3:00 in the morning.

How did you get stage time?

It was the early to mid-1980s, the beginning of a comedy boom. Every restaurant and happy hour had a stand-up night. There was a restaurant near my hometown, a fish place called the Charterhouse. Someone from my college told the guy to book me. The gig paid $50, which was like $2,000 to me.

I was so nervous I had diarrhea. I remember being in my parents' living room going like, “I hope I'm funny.”

I got on stage and completely forgot what the hell I was supposed to say.

There was a woman in the audience with this huge beehive hair-do, so I said, “Oh, there's my mother, sitting at the bar. She's a member of the B-52s.” It was a stupid joke, but everyone laughed. I got my bearings back and finished my set. When the guy paid me, he said, “That was a great joke you made about my mistress.” He thought it was funny, so it was fine.

At that point, I was still in college. I said, “I can't do both. I have to get my degree.” I stopped — but not really, because I would take acting classes. Finally, I graduated with a degree in music and moved to New York City.

You started going to the comedy clubs?

I had a day job. My parents weren't offering me money. But you could live in New York City and be a starving artist. I would eat cold sesame noodles at night, because it was $2.95.

I'd go to any place that was doing comedy. You know those stupid street fairs? I'd stand out on a stage and do stand-up. I'd be there all night.

In order to make a living in New York, these guys that had been around forever, they would do seven, eight spots on a weekend. They'd go from the Comic Strip to Catch a Rising Star to the Comedy Cellar and back. They’d do multiple sets because you only got 40 or 50 bucks a set.

There were no cell phones. Catch a Rising Star had this thing called the backup. They'd have a comic waiting in the wings in case someone was stuck in a cab, the subway, or just running late. There were two backups, me and Chris Rock.

Working as a professional comic is like being the CEO of a company where you're also the product.

It's like that for any artist, but it's trickier for stand-up, because we notoriously can't stand ourselves.

An artist can say, "Here's my masterpiece," and you can look at it. It's tangible. But dealing with a sense of humor — that’s so subjective. You advocate for yourself -- “Listen, I'm really funny” -- and then you get on stage and the audience is drunk, or someone just bombed in front of you. So many circumstances are out of your control.

I had so many years where I was trying to get club work. I didn't have an agent. I'd call these bookers, and club owners directly. They'd say, “We had a woman here two months ago, and she didn't do well.”

Late '80s, even into the early '90s. If they had a woman on the show, she’d be the only one. Rarely to never did they put more than one woman on a show. If there were three women on a show, it was “Ladies Night Out” or “HERsterical” -- a special event.

When African-American comedians started becoming popular [with mainstream audiences], it was “Urban Night.” Now there's a definite mix of all races and colors, but we women still fight this stigma.

At what point did you come out as a lesbian?

Lea DeLaria was out. Suzanne Westenhoefer was out. My comedy was so about me and my Jewish mother. I was in a relationship, but I didn't have anything funny to say about it.

I was a comic who happened to be gay. That's how I always wanted it. I wanted to be mainstream.

People knew. My friends knew, but I didn't write material about it. It wasn't part of my persona.

When we went to get yarmulkes for the bris, I was holding our baby, Henry. My partner at the time, Sharon, had just given birth.

She was barely able to stand in the store by the cash register. Everyone in line was like, "That baby is so cute.”

“Oh, and you look fabulous.”

There was so much material. Every comic talks about their family. I came out on stage as a gay parent, not as a lesbian.

A couple of years ago you released a comedy album, Kill Me Now, which is also the name of your very popular podcast. What’s the appeal of audio?

I did my last comedy special in 2007 on LOGO. After I hit 45, no one will give me a comedy special. I've never been funnier. I've got so much experience -- so much life experience -- and yet they’re constantly saying, “You don't fit the algorithm. Sorry, you've aged out.”

When I was a kid, I would listen to comedy albums. That's how most people enjoyed comedy. There weren't that many comedy clubs around.

I thought, “No one's stopping me from doing an album.” So I recorded Kill Me Now.

Talk about your latest book, Yes, I Can Say That - When They Come for the Comedians We’re All in Trouble.

There’ve always been some people who’ve been offended by some things said by some comedians in some situations. That’s what happens when comedians do their job. We use humor to speak truth to power and to highlight emotions that we all share. Laughter makes those things less frightening to talk and think about. Of course, leading an audience into highly charged places can, at times, cause discomfort. Great comedians like Lenny Bruce, Joan Rivers, George Carlin and Richard Pryor all inspired backlashes.

I decided to write Yes, I Can Say That because things are different now. It’s out of control. Social media has made it possible for a single audience member to tweet their dissatisfaction to the world in real time. The rage then snowballs to the point where it can shut down a comic’s career and inhibit other comedians’ work.

When comedians are unable to do their jobs, we all lose out on the services comedy provides—fostering discussions on important subjects, making news less frightening, allowing us to feel less alone, and, in a country made up of different races, faiths, ethnicities, sexualities and abilities, to help keep us connected.

If you could give advice to yourself at the start of your career, what would you say?

Take every opportunity. Joan Rivers taught me that. She was right. Do it all. You're never too good for anything. The hype is not the truth.

What would you tell your younger self about the business part of comedy?

When you're on a sitcom, when you have a year of incredible wealth, put the fucking money away! It won’t last. Start your retirement immediately. You don't need to fly first class. Invest it. Buy real estate, you motherfucker. 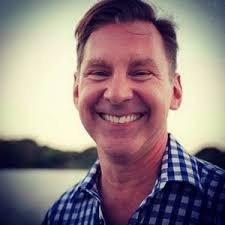 Court Stroud is a writer living in New York City.